Rigorous field testing and research, alongside leading specialists, has led us to base our unique camouflage patterns on the vision of game animals and their instinctual responses to the shapes, silhouettes and movements of their predators, man included. Our patterns have been constructed to blur the animals’ vision while the hunter is in motion rather than introducing a curious object to the forest scenery. We calibrated our designs to consider 3 key principals: the perception of colors by the animal, the effects of depth perception and the natural contrasts found in nature. This way, the products are more versatile and allow you to travel unnoticed in varying natural environments. The result of our findings have led us to two main camouflage patterns unique to Connec Outdoors and designed with the sole intent of outwitting the animal.

The distinction of colors for cervids is not like that of man. While they can see blue and yellow, they are unable to perceive green and red. By selecting the deer's daltonic colors with hints of beige, green and gray, not only are we in the most widespread mass of natural colors they perceive in their environment, we also remain sober and avoid colors that can capture its attention. 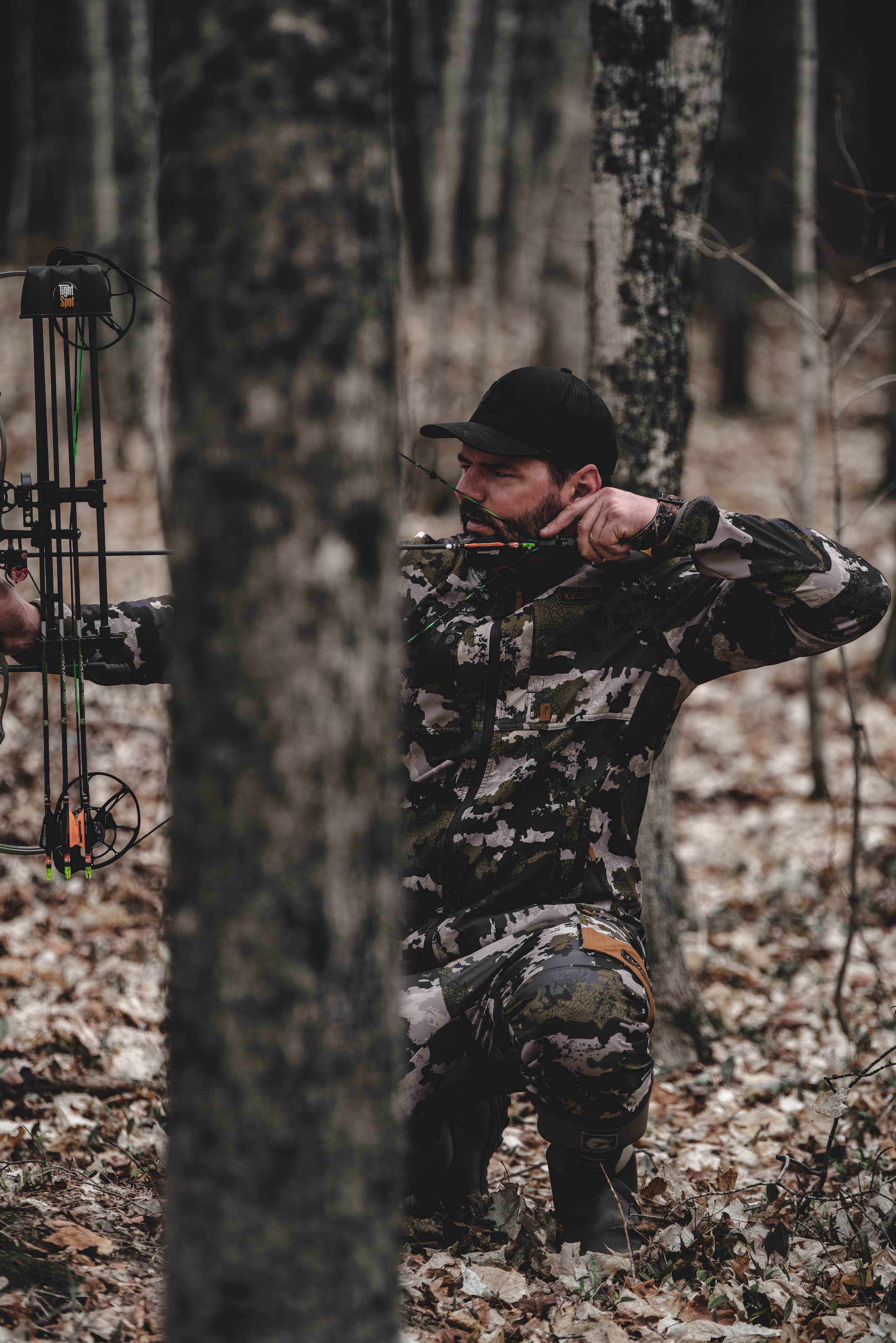 The Outvision camouflage is versatile and suitable for many types of climates and seasons. The effect of the pixels foils the animal's vision and allows movements to go unnoticed, a benefit that is amplified by the repetition of patterns. The colors are reminiscent of the hues of rocky spaces, bark, branches, snow and lichen. The superposition of the pale and dark colors gives an ideal 3D effect to deceive the game's eye. 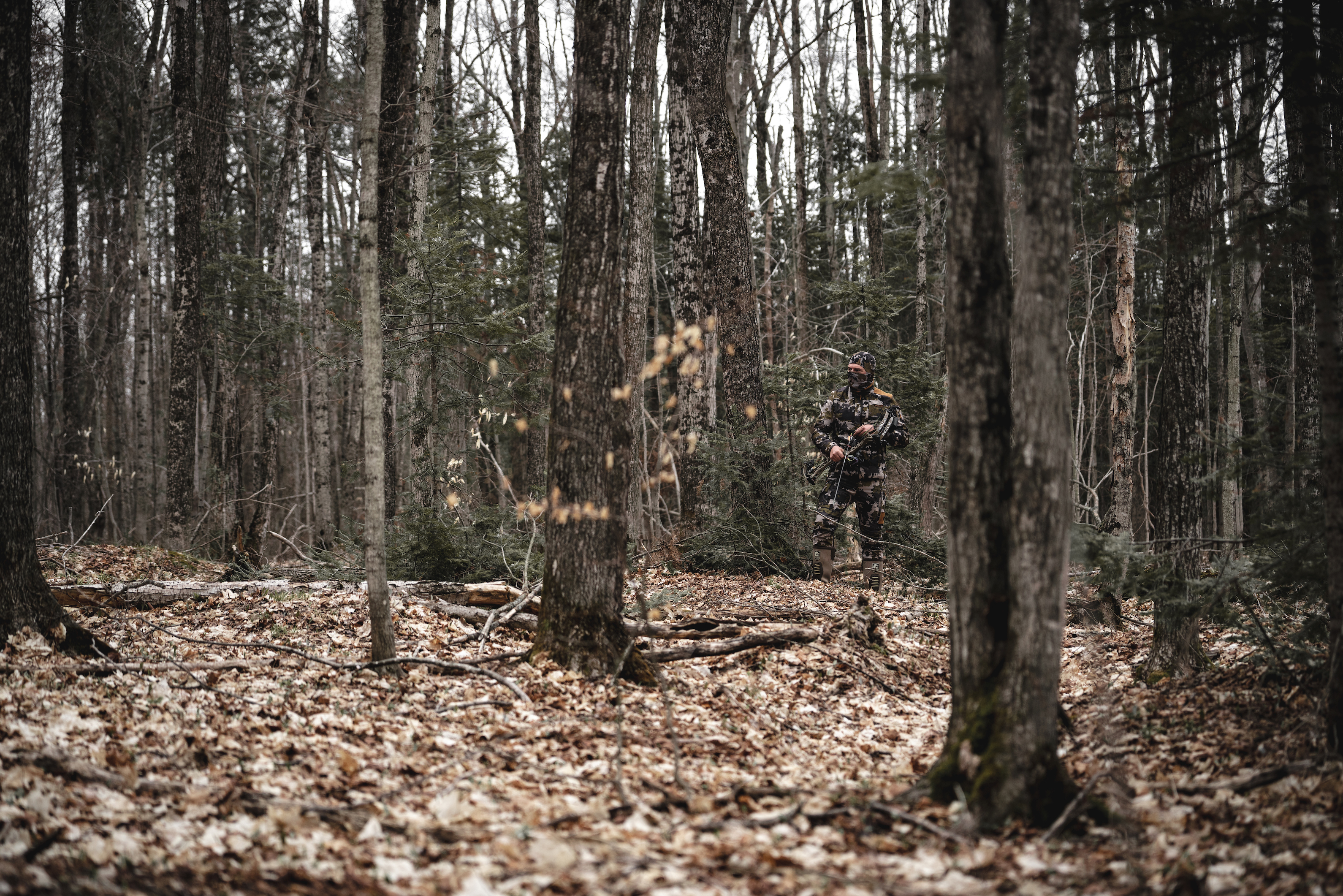 This camouflage with natural colors and shapes blends into deciduous trees and conifers. Its colors reproduce their green, the brown of the wood and the gray-brown of the ground. The color effect is reminiscent of the sunlight streaming through the leaves and branches of the forest. The layering of light and dark colors gives a 3D effect, which allows optimal blurring of the animal's vision. 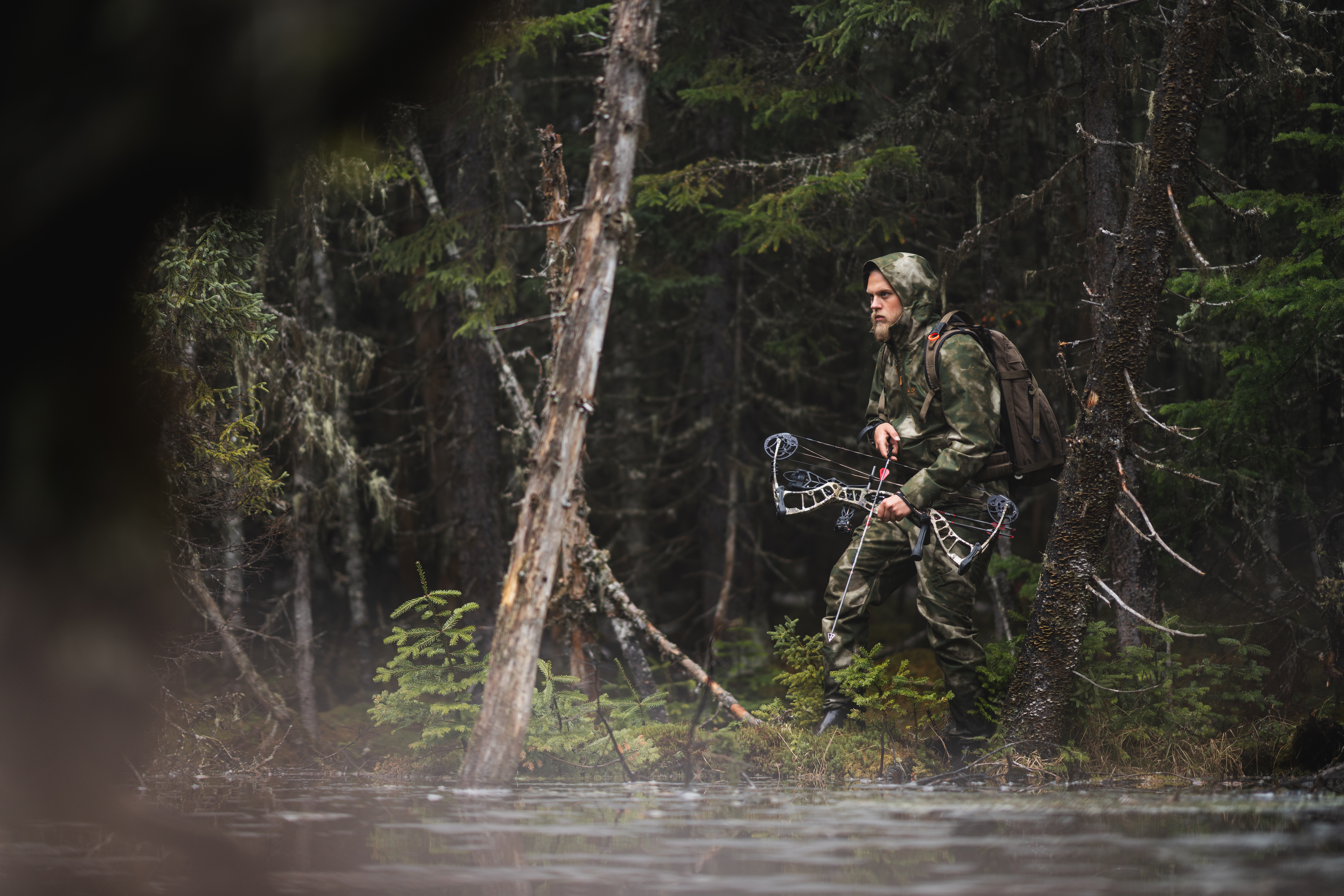 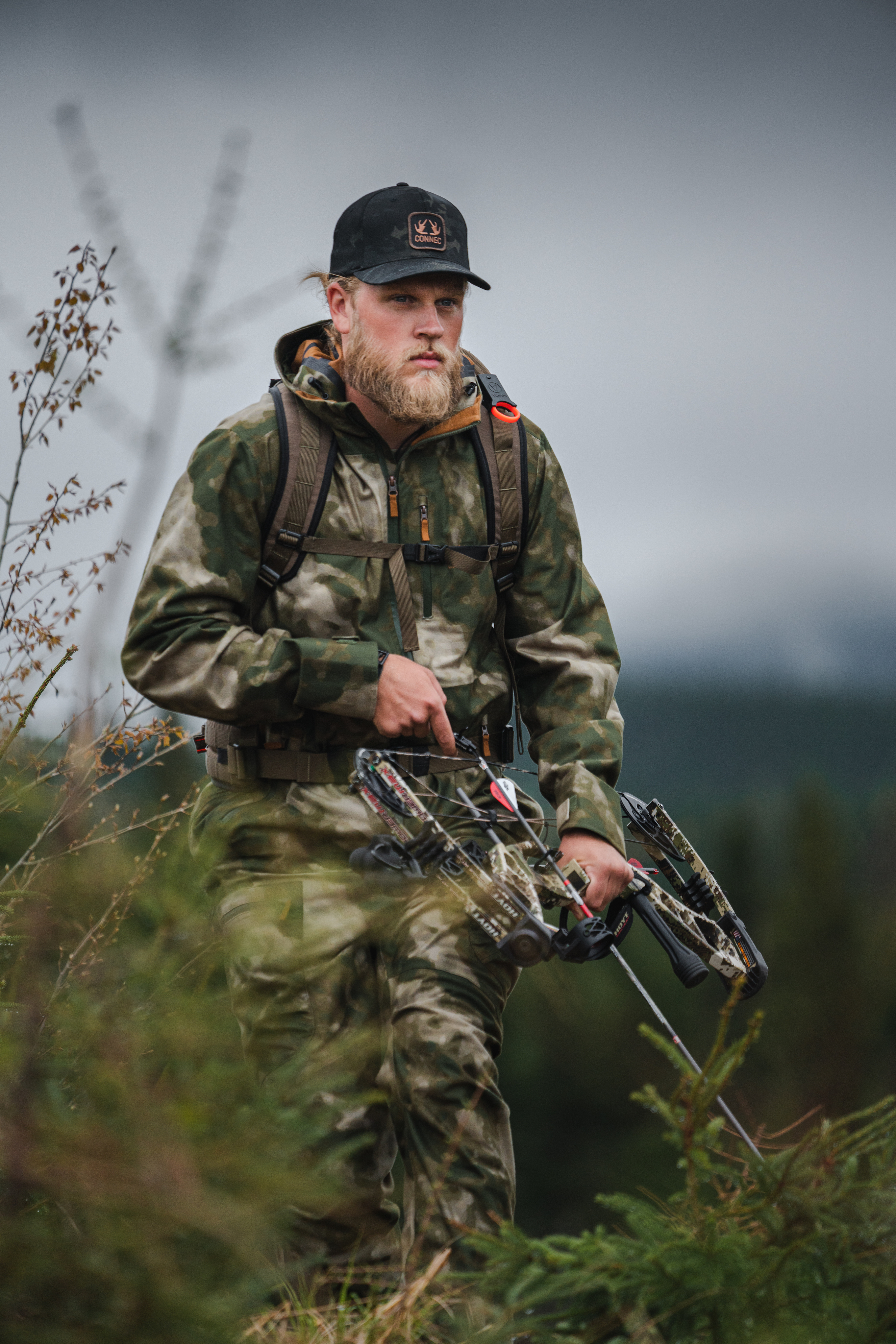 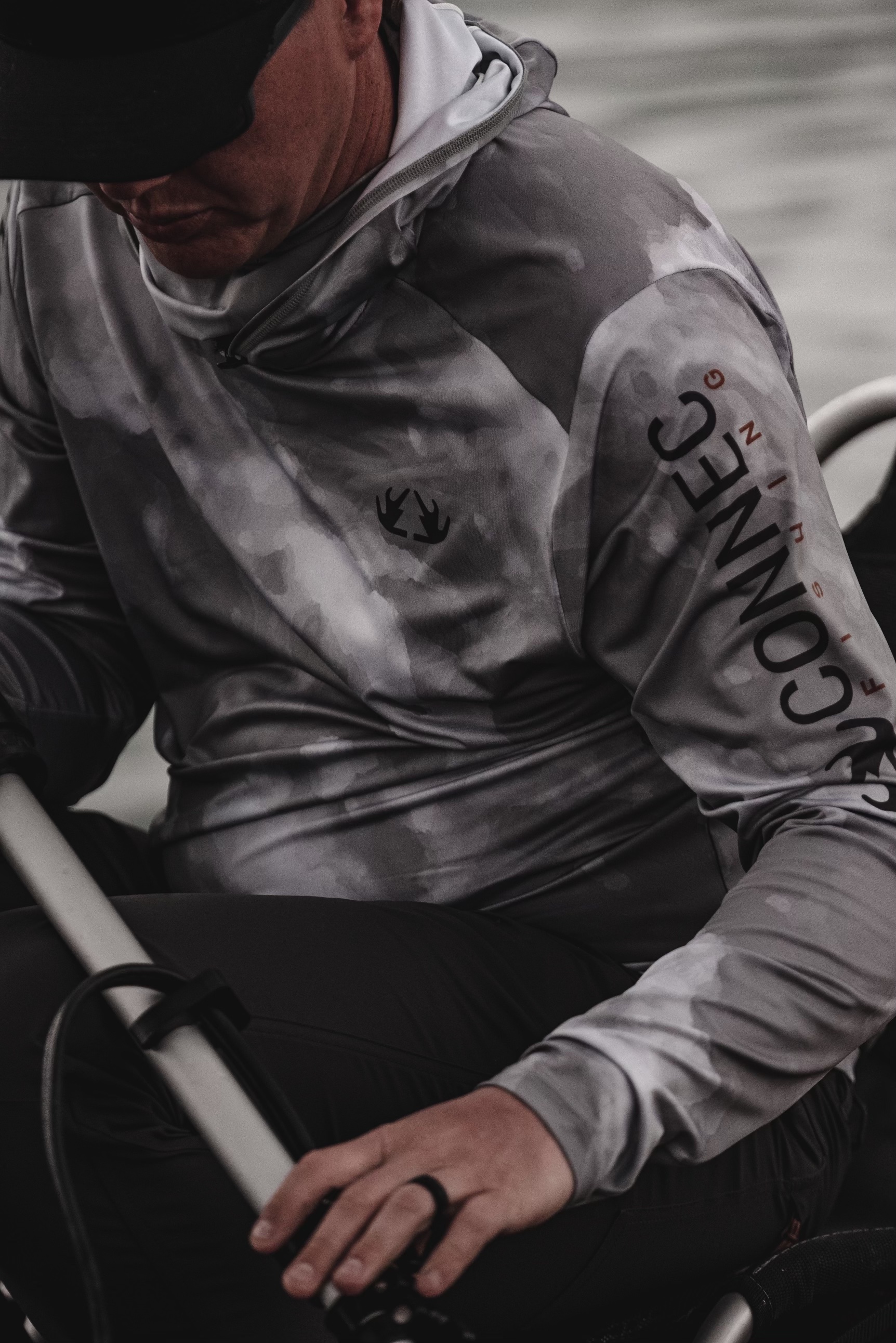 Any anglers who have spent a lot of time on the water will attest; what you do above the surface and what you wear matters. The FOG fishing camo is made to avoid contrast with the backdrop above. 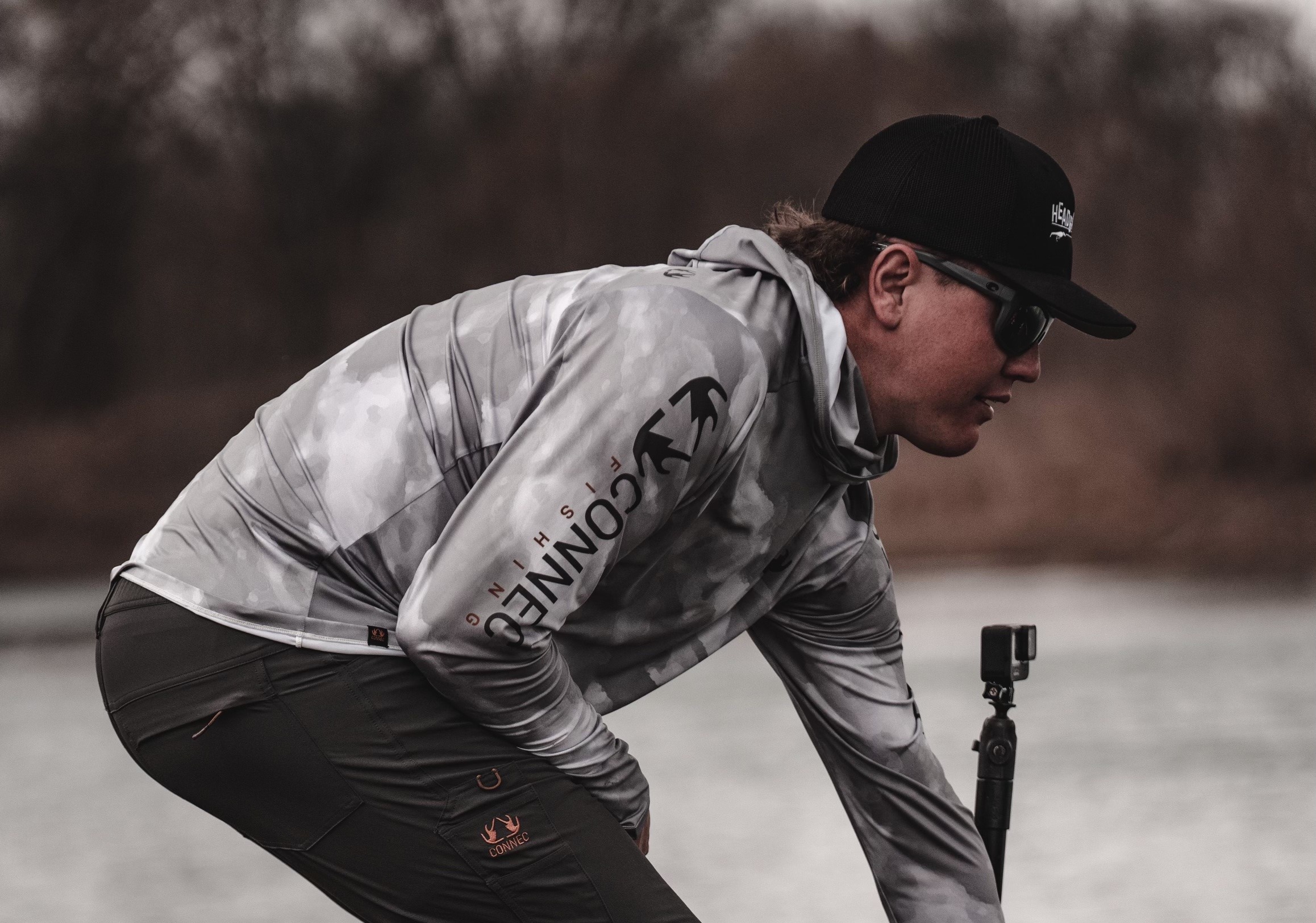 Much more than a black garment, the ''BlackMoose'' color paired with a brush finished fabric visually and physically imitates the coat of a moose. The purpose of our ''BlackMoose'' collection is to allow the hunter to approach and fool the moose by pretending to be one of them. Unlike camouflage, which allows you to hide unnoticed, the hunter is exposed and expects to be visually spotted, allowing the game to believe that he/she is a moose, proceed with the approach and gain its confidence. 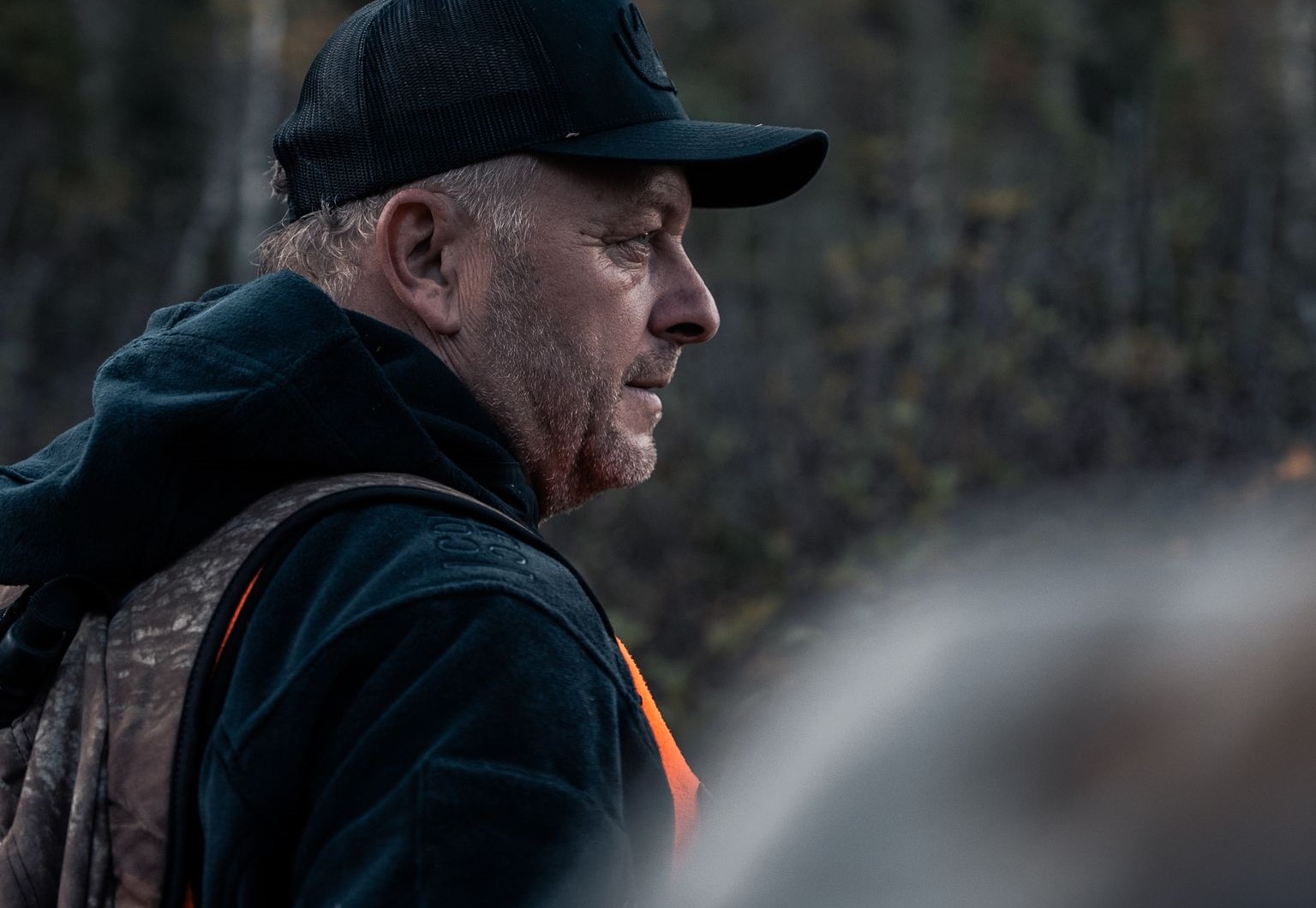 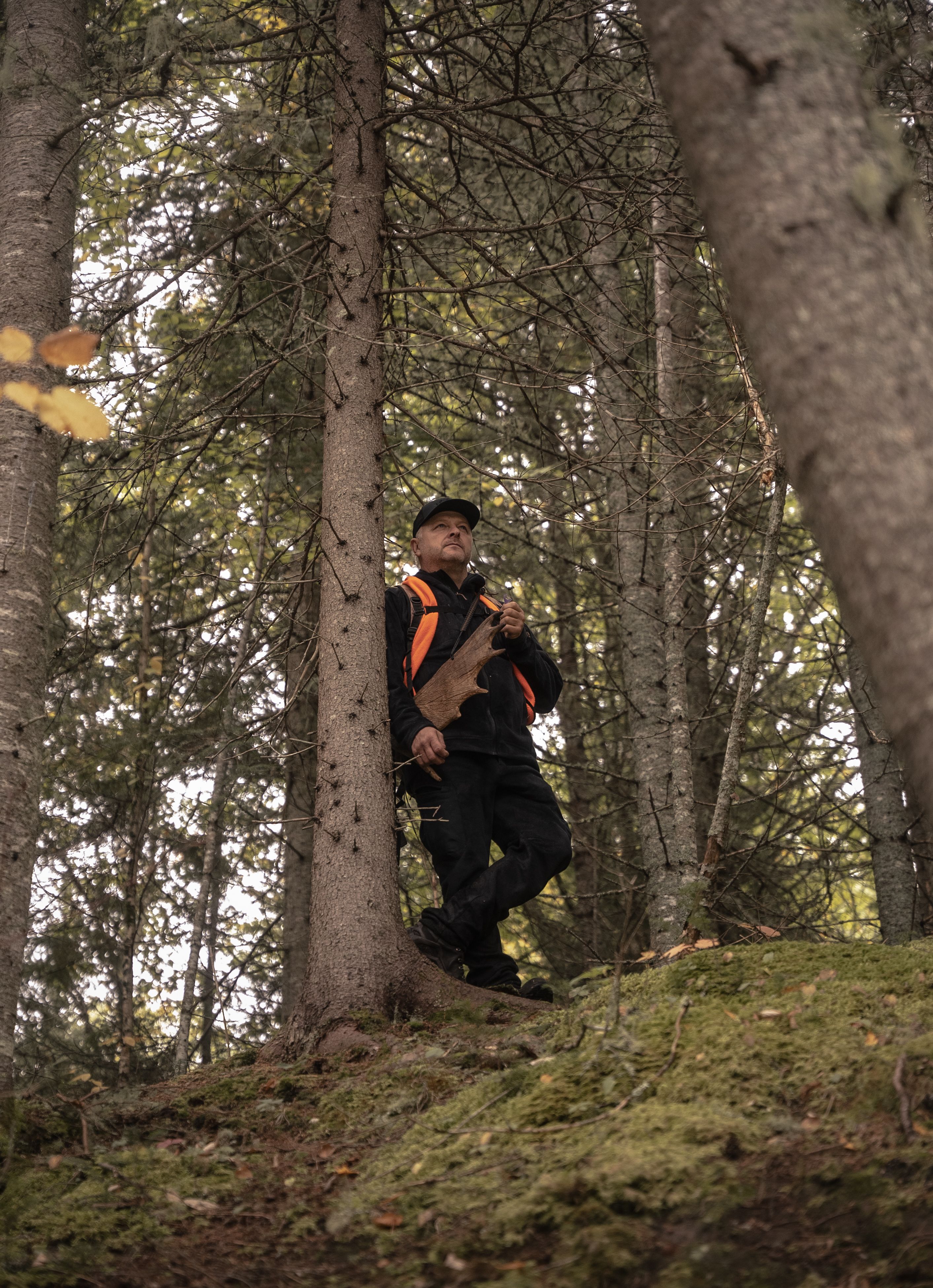